For several years now, we have been organizing a series of conferences called VIP Conversation. The objective? To allow participants to be inspired and to exchange with personalities from business, politics or the arts and culture. The principle is simple, whether in person or virtually, this meeting is friendly and intimate. Ask your questions to our guest! 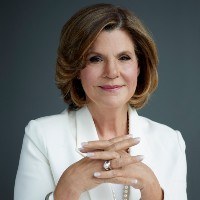 After a career in sports journalism, marketing and radio, Liza Frulla was appointed Minister of Culture and Communications in Quebec and then Minister of Heritage in Ottawa. Among other things, she was responsible for the first cultural policy in Quebec, the creation of the Conseil des arts et des lettres du Québec and the Société de développement des industries culturelles.

Since August 2015, she has been Director General of the Institut de tourisme et d'hôtellerie du Québec.

Please note that no registration will be accepted on the spot.

Location to be determined